Maybe Lamar Jackson will get his wish after all. When asked about the possibility of signing Antonio Brown, Ravens head coach John Harbaugh told reporters that he’s willing to “look at any and every player” and Brown is “no exception,” (Twitter link via Aditi Kinkhabwala of NFL Network). Then, in reference to Brown’s murky status with the league office, Harbaugh addressed the obvious. 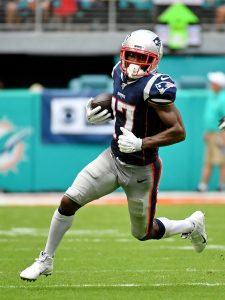 Jackson and Marquise Brown (AB’s cousin) would love to welcome Brown to Baltimore. Ditto for Seahawks star quarterback Russell Wilson. The NFL, it seems, is less than interested in bringing the controversial wide receiver back to the game. Brown’s investigation has dragged on for months and the league office has yet to provide his camp with meaningful status updates.

Brown, of course, has given the NFL a whole lot to sift through. Between the ugly allegations, legal entanglements, social media outbursts, retirements, and un-retirements, it’s hard to make sense of his situation.

The 32-year-old has tallied 841 receptions for 11,253 yards over the course of his career, which includes seven Pro Bowl appearances. At this moment, he’s aiming for a return in 2020, despite previous concerns about the health “risk [being] greater than the reward.”