The Patriots officially activated running back Sony Michel from the PUP list on Wednesday. It’s a promising sign for Michel, who was previously considered questionable for the start of the season. 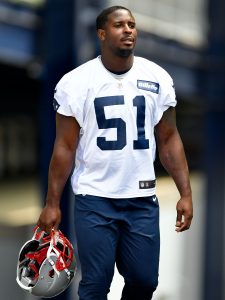 Michel underwent foot surgery earlier this year, prompting the Pats to sign Lamar Miller as additional insurance. Michel has undergone surgery in each of the last three offseasons, including knee operations in 2018 and ’19. This was less-than-ideal for the 25-year-old, especially after a so-so season. Michel surpassed 900 rushing yards for the second straight year and led the team in rushing, but he averaged just 3.7 yards per tote, down from 4.5 per carry as a rookie.

Had Michel remained on the PUP list to start the year, he would have been shelved for the first six weeks of the season. Now, he’s set to lead the pack once again, with support from Miller, James White, Rex Burkhead and Damien Harris. Brandon Bolden, meanwhile, will spend 2020 away from the team after opting out.