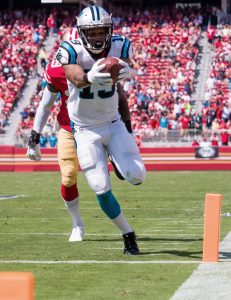 Shepard still had opportunities to play this year, but he wasn’t interested. In August, he declined the Ravens’ invitation to work out alongside Dez Bryant and other wide receivers.

Shepard spent the first five years of his career in the NFC South, playing for the Bucs and Panthers before inking a one-year deal with the Giants in 2018. The former undrafted free agent was always more of a special teams player than an offensive force. Statistically, his best season came in 2016 when he set career highs in catches (23) and yards (341). His first season in New York/New Jersey wasn’t much different – he notched just ten grabs for 188 yards and two scores. In 2019, he landed on IR after just three games.