Geno Atkins and Carlos Dunlap, are frustrated with their roles, according to sources who spoke with Tyler Dragon of the Cincinnati Enquirer. Once pillars of the Bengals’ defensive line, both players have been effectively relegated to third-down roles this year. 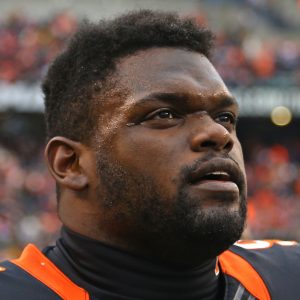 The Bengals started Xavier Williams and defensive end Amani Bledsoe over both veterans in the team’s Week 6 loss to the Colts. Atkins saw just 18 snaps while Dunlap was in for 28 defensive plays. Atkins, who is coming off of his eighth-career Pro Bowl nod, is understandably miffed. Dunlap – with two Pro Bowl selections to his credit – has been vocal about his feelings for the last few weeks.

With just a couple of weeks to go before the trade deadline, it’s a situation to monitor. The Bengals are reluctant to move their one-time defensive stars, sources tell Dragon, but that could change quickly. If they don’t trade either player by Nov. 3, the Bengals could move to release them in the offseason. Dropping Atkins would save the team $9.6MM while a Dunlap release would put $11.25MM back on the books.

The Bengals – who are now 1-4-1 after dropping two straight – will look to get back in the win column on Sunday against the Browns.