It’s not an either-or, apparently. The Bears are pursuing Kenny Golladay with the intention of also keeping Allen Robinson, Brad Biggs of the Chicago Tribune hears. 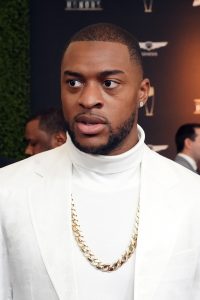 The Bears franchise tagged Robinson earlier this month, but some have speculated about a tag-and-trade scenario — or a rescinding of the tag — with Golladay taking his place. But, the Bears want both receivers. With Robinson locked in for $18MM this year, they’ll need some cooperation from the Lions’ free agent. That could be easier said than done. The Bears are sticking to a one-year offer for $11-$12MM. Golladay, meanwhile, wants roughly $18.5MM per year, according to PFT’s Mike Florio.

Robinson, heading into his age-28 season, quickly signed his tender after news of Golladay’s Bears visit leaked out. Coming off his third 1,000-yard campaign, he probably didn’t envision a scenario in which both he and Golladay would wind up in Chicago, catching passes from new quarterback Andy Dalton,