The Titans have turned down Rashaan Evans‘ fifth-year option, according to agent Drew Rosenhaus (Twitter link via NFL.com’s Ian Rapoport). The linebacker would have cost the team $9.735MM in 2022. 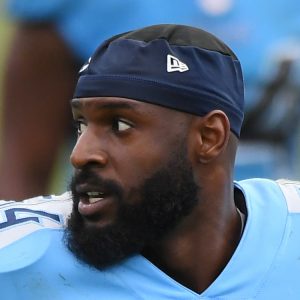 According to Rosenhaus, the Titans still want to discuss an extension with Evans between now and when his contract expires next year. Evans, the 22nd overall pick in the 2018 NFL draft, has started all 16 games for the Titans across the last two seasons. However, his 2019 effort was much stronger than last year.

The Titans tapped Georgia’s Monty Rice on Friday, giving them a younger and cheaper alternative to Evans. They also have 2019 sixth-round pick David Long in the mix, giving them a few inside linebacker options to pair with Jayon Brown.