The Seahawks will continue to “keep tabs” on Cam Newton, NFL.com’s Tom Pelissero hears (Twitter link). However, they’re unlikely to sign him straight away. 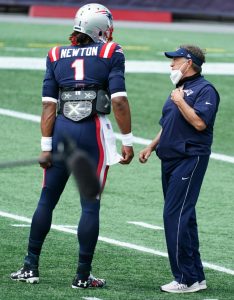 Newton is still collecting $1.5MM from his previous Patriots contract, a sum that is subject to offsets. Newton, understandably, is unwilling to play for free. So, in order to sign Newton, the Seahawks or any other club would have to offer a better deal. That amount would be prorated, but it could still prove to be a barrier.

For now, the Seahawks are willing to roll with Geno Smith and Jake Luton as their quarterbacks until Russell Wilson is ready to return. Star power aside, it’s hard to say whether Newton would represent a clear upgrade over Smith.

Newton finished near the bottom of the league in cumulative QBR from 2016-19 and didn’t impress in 2020. Last year, the former MVP threw for just 2,657 yards and eight touchdowns with ten interceptions. On the plus side, he displayed his usual rushing talent, collecting 592 yards and 12 TDs on the ground, plus a receiving touchdown.

17 comments on “Seahawks To Keep Tabs On Cam Newton”