Pete Carroll confirmed Russell Wilson will start against the Packers, and the Seahawks made it official Friday evening. Wilson is back on Seattle’s active roster. 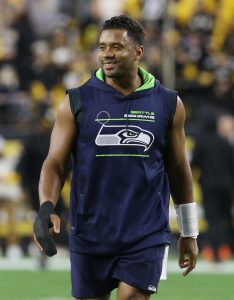 On IR since rupturing a right middle finger tendon in Week 5, Wilson will return after missing the minimum three games. The 10th-year Seahawks quarterback underwent two surgeries but beat the six- to eight-week timetable initially floated once the extent of his injuries became public.

Seattle went 1-2 without Wilson and lost to the Rams during the game he suffered the injury — his first notable setback as a pro. Wilson had started 149 straight games prior to this finger issue. His absence led to three Geno Smith starts and the Seahawks tumbling down the NFC standings. They are 3-5 entering Week 10.

Wilson, who will turn 33 later this month, has thrown 10 touchdown passes and just one interception this season. Over his five-game sample, he ranks seventh in QBR. Should Aaron Rodgers clear COVID-19 protocols as the Packers expect, the future Hall of Famers will match up for the ninth time (counting playoff games) Sunday.

Placed on IR the same day as Wilson, Chris Carson will not be activated along with the quarterback. Carroll said his starting running back, who returned to practice this week, will not play against the Packers. Carson is working his way back from a neck injury.

In addition to activating Wilson, the Seahawks also moved rookie wide receiver D’Wayne Eskridge from IR back to the active roster. Chosen in the second round, Eskridge has not played since suffering a concussion in Week 1. Following the concerningly lengthy absence, the Western Michigan product will attempt to salvage the remainder of his rookie year.