Kenny Vaccaro is calling it a career. On Wednesday, the longtime NFL safety announced that he is stepping away from the game to focus on a new e-sports venture (Twitter link via NFL.com’s Ian Rapoport). 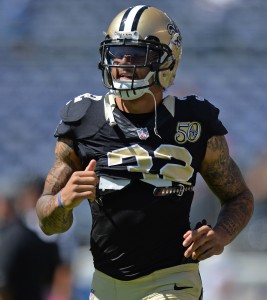 “This isn’t a reflex decision for me; it’s something I’ve thought about for a long time,” Vaccaro said. “I’ve been a gamer for even longer than I’ve played football, and I’ve always thought of myself as a gamer first. So this is the realization of a long-term dream for me…Life doesn’t end just because you put down the helmet. You can reinvent yourself.”

Vaccaro, a 2013 first-round pick, spent his first five years with the Saints and started in 67 of his 68 regular season games. After that, he found himself in a severely depressed market for veteran safeties. But, after settling for a cheap one-year deal with the Titans in 2018, he parlayed a strong season into a four-year, $26MM extension.

The veteran made 42 for the Titans before his release earlier this year. In 2020, his last NFL campaign, he finished out with 62 stops, one sack, and five passes defensed. The advanced metrics at Pro Football Focus — which have never been especially fond of his work — gave him a 58.8 overall grade, slotting him just 68th out of 84 qualified safeties.

After 110 career games, multiple postseason trips, and over $28MM in career earnings, Vaccaro is now set to enter the e-sports arena.