Ryan Fitzpatrick‘s season is over. The Washington Football Team quarterback will have arthroscopic surgery on his hip, officially capping his 2021 campaign (Twitter link via NFL.com’s Ian Rapoport). 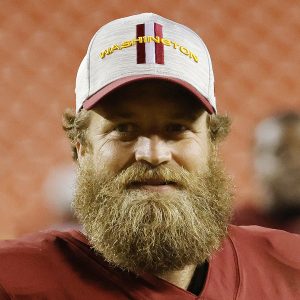 Fitzpatrick played in just one game before suffering a hip subluxation in the season opener against the Chargers. In total, his season lasted less than 30 minutes.

This could be the end of the line for the 39-year-old passer, who has to focus on basic mobility before even thinking about football conditioning. He’ll also be out of contract in March, after the expiration of his one-year, $10 million deal. If this is the end of Fitzpatrick’s NFL career, he’ll leave the game with 166 career appearances (147 starts) and a ton of memorable moments to trump his lifetime 59-87-1 record.

Without FitzMagic, Washington has installed Taylor Heinicke as the starter. Heinicke hasn’t dazzled, but he does have WFT at the .500 mark and in the playoff conversation. They’ll look to gain ground on Sunday when they host the division-leading Cowboys.