It’s official. On Wednesday, the Titans announced that they have designated running back Derrick Henry for return from the injured reserve list. 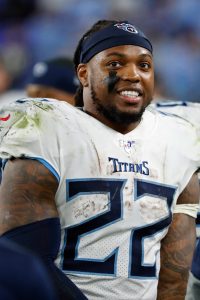 This was the expected news after weeks of positive updates on Henry’s surgically-repaired foot. Once thought to be a season-ender, Henry has beat his initial recovery timeline by a mile. From here, the Titans could conceivably activate Henry for this week’s game against the Texans, though they may prefer to take the cautious approach.

Henry led the league in 2019 with 1,540 rushing yards last year while notching a total of 18 touchdowns. Last year, he set a new personal watermark with 2,027 yards via the ground, 17 rushing TDs, and 21 total scores.

The Titans have managed an 11-5 record despite playing much of the year without Henry, but they’re clearly a better team with him on the field. From here, the Titans plan to ease Henry back into practice and assess whether to dress him on Sunday. If Henry can’t go, the Titans will continue to use D’Onta Foreman as their lead back, a plan that has served them well so far. Just last week, Foreman turned back the clock to rack up 132 rushing yards against the Dolphins.