The Raiders have agreed to hire Patrick Graham as their new defensive coordinator, according to sources who spoke with NFL.com’s Tom Pelissero (Twitter link). With that, Graham will make a lateral move from the Giants to work under newly-hired head coach Josh McDaniels in Las Vegas. 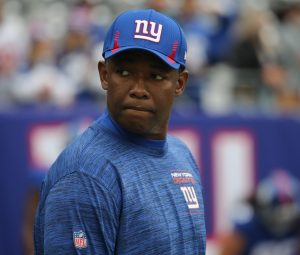 New Giants head coach Brian Daboll wanted to retain Graham as his DC, even though he was a Joe Judge holdover. The two men worked together in New England, but their history wasn’t enough for Graham to stay put. Ultimately, Graham would have liked to stay as the head coach. The Giants and Vikings both had him as a finalist, but he did not land an HC offer in this cycle.

“I have had a good relationship with Pat for some time in this league,” Daboll said at his introductory press conference. “He’s very diligent. He’s smart. I think the players respect him. I have a good working relationship with him. Selfishly, I would love him to be here“.

It’s also worth noting that Graham has even more ties with the Raiders’ new regime — he’ll now work with fellow ex-Patriots in McDaniels and recently crowned GM Dave Ziegler. McDaniels and Graham overlapped in New England from the 2011 postseason through the end of the 2015 season, when Graham left for the G-Men.