In the midst of his dramatic change of heart in free agency, defensive end Randy Gregory has also been facing a lingering shoulder issue. He recently took steps to address the matter, reports Mike Klis of 9News. 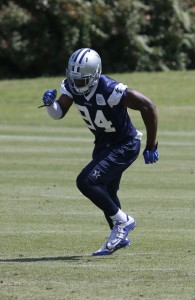 As Klis details, the 29-year-old “underwent an arthroscopic procedure on his rotator cuff”. Other options were available, but both he and the Broncos agreed upon his signing that the scope would produce the best long-term benefits. He will rehab the shoulder throughout the offseason, but is expected to be recovered in time for the start of the 2022 campaign.

Gregory, a second-round pick of the Cowboys in 2015, played five seasons in Dallas. Dealing with multiple injury and suspension issues, he grew into his role with the team and began living up to his potential. In 2021, he totalled six sacks and three forced fumbles as part of the Cowboys’ vaunted pass rush.

That led to a new deal being agreed upon for him to remain in the Lone Star State. However, he ultimately pivoted to Denver, inking a contract with the same length (five years) and financial terms ($14MM per season, with $28MM in guaranteed money) as the one he was in line to sign in Dallas.

Now officially a Bronco, Gregory is set up to begin his tenure there with the hopes of putting one of his injury problems to rest. Assuming he is healthy by the start of the regular season, he should have a large role to play on Denver’s defense as he tries to live up to the billing of that new contract.