The Seahawks are bringing in some veteran competition to camp with the signing of wide receiver Marquise Goodwin, according to Aaron Wilson of Pro Football Network. Goodwin will be looking to use camp to solidify a spot on his fourth NFL team. 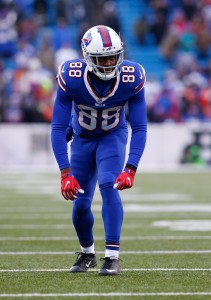 Goodwin is a deep-threat wide receiver that was drafted out of Texas in the third round of the 2013 NFL Draft by the Bills. His best year in Buffalo saw him catch 29 passes for 431 yards and three touchdowns.

That performance convinced the 49ers to give him a chance and Goodwin gave them the best season of his career, catching 56 balls for 962 yards and two touchdowns. He was only able to play in 11 games the following year, but was still able to put up a career high four touchdown catches. He played in nine games to start the 2019 season, before being placed on injured reserve.

The 49ers traded Goodwin to Philadelphia in the next offseason for a swap of sixth round picks. Goodwin took the option available to all players that year: opting out of the 2020 season due to the COVID-19 pandemic. Stipulations in the trade agreement reverted Goodwin back to San Francisco and the Eagles received a seventh-round draft pick as a result of the failed deal. The 49ers released him the next day. Last season, Goodwin signed with the Bears, getting limited looks in 14 games of action.

Seattle returns their top three wide receivers in D.K. Metcalf, Tyler Lockett, and Freddie Swain, but, behind them, their fourth-most productive receiver was rookie D’Wayne Eskridge who had 10 receptions for 64 yards in 2021.

The deal should be a nice win-win opportunity for both sides: Goodwin getting another chance to contribute and Seattle getting a bit of bench depth for their wide receiver corps.