The Broncos were able to take a significant step on the injury front yesterday, as they activated edge rusher Randy Gregory from the active/PUP list. When speaking about his surgery and the recovery timetable resulting from it, Denver’s free agent acquisition expressed optimism that he will be available to start the season. 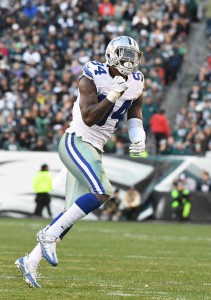 “That’s the plan,” Gregory said, via Mike Florio of Pro Football Talk, when asked if he would be ready to start the campaign on time. “At the end of the day, the plan is to be ready for Week 1.”

The 29-year-old notably backed out of an extension with the Cowboys – with whom he had previously spent his entire career – and then signed with the Broncos on a pact with the same terms (five years, $70MM). He will look to pair with Bradley Chubb (who has dealt with injuries at multiple times in his career as well) in what could be a highly effective pass-rushing duo.

Speaking about the need for the shoulder surgery he had done this offseason, Gregory added, “it got to the point where it was hindering my play, so it was definitely something important to do long-term for the team… I’m still working through some kinks, but I should be ready to go.”

The former second-rounder also said that the injury he was dealing with had lingered for three years, a stretch which included his final two seasons of game action with the Cowboys. Over that span, he totaled 9.5 sacks and six forced fumbles, figures which he should be able to improve upon in Denver. “Pre-surgery, there were a lot of things that I couldn’t do that normally,” he said, adding that “the mobility aspect of it and the range of motion has probably been the biggest thing.”

Gregory was expected to be ready in time for the start of the regular season at the time of his surgery, so things continue to be on the right track regarding his recovery. Assuming he is healthy this year, he will have a crucial role on the Broncos’ highly-talented defense.