Matt Ryan trade buzz picked up in the days following Deshaun Watson‘s decision to waive his no-trade for the Browns, but the Falcons had begun discussing its 14-year quarterback with teams before Watson committed.

As the Falcons pursued Watson, they shopped Ryan, Zak Keefer of The Athletic reports (subscription required). This came as most among the Falcons assumed the embattled Texans quarterback “was theirs.” Watson is from Georgia and spent time as a Falcons ball boy as a child. 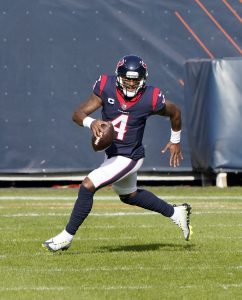 This gibes with what came out in March, when a report indicated Watson was speaking with free agents — Jarvis Landry and Leonard Fournette among them — about joining him in Atlanta. Jadeveon Clowney later said he would probably have signed with the Falcons had Watson chosen to waive his no-trade clause to be dealt to Atlanta. The Falcons were also competing with the Panthers and Saints for Watson, but on the night before the trade went down, the Falcons had expected to land the Pro Bowl quarterback. The Browns’ fully guaranteed $230MM contract — a price point that pushed the Falcons and Panthers to stand down — changed everything.

Prior to Watson’s Cleveland choice, Falcons assistant GM Ryan Smith contacted Colts assistant GM Ed Dodds regarding Ryan interest, Keefer adds, and Colts brass then watched every Ryan game from 2020-21 as they determined if he would be a fit. The Colts had agreed to trade Carson Wentz to the Commanders on March 9, leaving them without a clear-cut option for a stretch. They had also held discussions with Jameis Winston, with Baker Mayfield showing interest in Indianapolis. The Falcons and Colts agreed to terms on a Ryan trade — which sent a third-round pick to Atlanta for the former MVP — March 21.

Ryan, now 37, did his own homework on the Colts, calling Peyton Manning and Philip Rivers to gain intel on, respectively, the organization and Frank Reich‘s offense. Other teams were also interested in Ryan, per Keefer, but the Falcons wanted to send their longtime franchise cornerstone to a destination he preferred.

Despite Watson choosing the Browns as the Colts shopped Ryan, the Falcons stayed the course on a trade by continuing negotiations. On the Colts’ end, Jim Irsay, who had a few negative things to say about Wentz this offseason, instructed GM Chris Ballard to complete the trade. Shortly after the Falcons sent Ryan to the Colts, they signed ex-Arthur Smith Titans charge Marcus Mariota. While third-round pick Desmond Ridder should be expected to make starts for the rebuilding team this season, Mariota will begin the campaign as Atlanta’s starter.

The Colts, whose issues with Wentz began during the 2021 offseason, have been pleased with Ryan thus far. They are eyeing at least a two-year partnership. This would stop a revolving QB door for the Colts, who are about to the join the Broncos and Commanders in starting a different Week 1 QB in each of the past six seasons. Ryan’s contract, which handed the Falcons an NFL-record $40MM dead-money charge, has since been restructured. It checks in with $18.7MM (2022) and $35.2MM (’23) cap numbers.