The Rams have been dealt another blow up front. Tremayne Anchrum, who had just been promoted to the team’s starting right guard spot, suffered a fractured fibula which will require surgery and a stint on IR, per NFL Network’s Ian Rapoport (Twitter link). 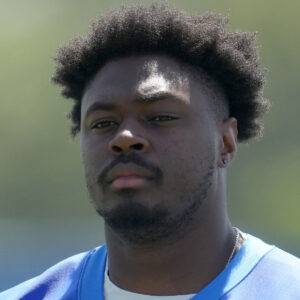 The 2020 seventh-rounder operated exclusively as a reserve in his rookie season, and did not see the field at all last year. He competed with third-round rookie Logan Bruss and veteran Coleman Shelton for the starting role at RG this offseason. The former’s season-ending knee injury started a run of health concerns along the o-line for the defending champions.

Starting center Brian Allen is also battling a knee injury, though his recovery timeline is much shorter. It was that ailment which forced the Rams to move Shelton from guard to center, opening the door to Anchrum becoming a first-teamer. That was very short-lived, as he played just two offensive snaps during the team’s win over the Falcons. With Allen all-but assured to have returned by the time Anchrum is healed, the 24-year-old is likely destined to once again serve as a backup when he recovers.

Alaric Jackson, who joined the Rams last season as a UDFA, took over after Anchrum’s injury. He will likely get the start next week as the team continues to shuffle an o-line dealing with numerous injury problems. The teams’ first divisional matchup will come on Sunday against the Cardinals.

One comment on “Rams OL Tremayne Anchrum Out Indefinitely”