The Buccaneers offense could soon be getting some reinforcement. The team announced that they’ve designated running back Giovani Bernard to return from injured reserve. The Buccaneers now have three weeks to activate the running back to their active roster. 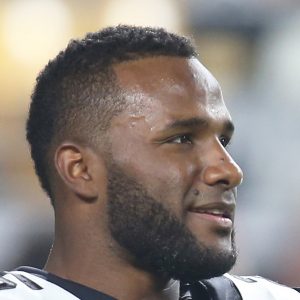 Bernard landed on injured reserve in September after suffering an ankle injury in Week 2. In his one-plus games this season, the 30-year-old exclusively played on special teams, including one kickoff return.

The RB hasn’t played a significant offensive role since joining the Buccaneers in 2021, as he finished his first season in Tampa Bay with only 181 yards from scrimmage and three touchdowns on 31 touches. However, he’s only two years removed from a 2020 campaign that saw him finish with 771 yards from scrimmage. Leonard Fournette suffered a hip injury last week, but thanks to a Week 11 bye week, he should be good to go on Sunday. Rachaad White had a career day while filling in for Fournette, finishing with 105 rushing yards on 22 carries. Bernard made a name for himself as a pass-catcher in Cincinnati, and if Leonard’s hip injury lingers, the veteran could end up seeing more offensive snaps.

The Buccaneers got some more good injury news today, as guard Luke Goedeke and wideout Russell Gage returned to practice, per Rick Stroud of the Tampa Bay Times (on Twitter). Gage has missed a month with a hamstring injury, and with the offseason acquisition now back on the field, Tom Brady will have a full grouping of wideouts heading into the final stretch of the season. Goedeke’s foot injury forced him to miss a chunk of time, and the veteran has since been jumped in the starting lineup by Nick Leverett.

Meanwhile, while safety Logan Ryan has been working out with the team, he still hasn’t been activated from injured reserve. The veteran defensive back’s foot surgery landed him on IR back in October.

One comment on “Buccaneers Designate RB Giovani Bernard For Return”