The Dolphins have been hit with injuries at the offensive tackle spot recently, and the team is set to make a notable move to address the position. Miami is signing veteran free agent Eric Fisher and placing tackle Austin Jackson on IR, reports ESPN’s Adam Schefter (Twitter link). The team has confirmed the move. 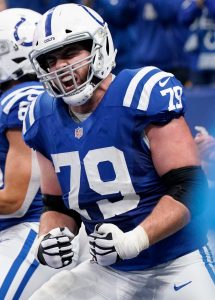 Fisher, 31, enjoyed a standout eight-year tenure with the Chiefs which included a Super Bowl victory. During the 2020 postseason, however, he suffered a torn Achilles which led to his release. The two-time Pro Bowler signed a one-year deal with the Colts and protected the blindside in Indianapolis last season.

His 2021 performance (during which he started 15 games and earned a 68.2 PFF grade) was hampered by the lingering effects of the Achilles injury and other ailments, however, and a deal keeping him with the Colts could not be finalized. That has left him on the free agent market into December this season, allowing him to sign with a team in need of depth late in the season.

Miami certainly meets that criteria, given the pectoral injury suffered in Week 12 by left tackle Terron Armstead. The high-priced free agent signing could return at some point in the regular season, but the team will understandably be cautious with his recovery. Doing so would have been easier if not for Jackson suffering an ankle injury at the same time.

With the IR placement, the latter will now miss at least the next four weeks of the season, after both he and Armstead were unable to suit up for yesterday’s loss to the 49ers. With Miami thin at the tackle spot, Fisher should immediately be able to at least provide experienced depth behind Greg Little and Brandon Shell, both of whom have primarily played at right tackle.

The 8-4 Dolphins are well-positioned to make the playoffs this season, but a drop-off in play up front could threaten their postseason chances. If Fisher is capable of playing at the level he demonstrated during his time in Kansas City, though, calling him into action could significantly ease the time spent without Armstead available.