Well, that was fast. The 2016 Supplemental Draft has come and gone without a single player chosen, according to ESPN.com’s Adam Schefter (on Twitter).

This year’s Supplemental Draft kicked off at 12 p.m. CT but all teams passed when called upon in all rounds of the draft. All of the players who were eligible for the draft are now unrestricted free agents and free to sign with any team.

Many viewed Howard as the strongest player out of this bunch and early projections had him going somewhere between rounds five and seven. However, Howard apparently flopped in a recent workout for NFL teams, prompting one GM to label him as “undraftable.” Meanwhile, Overstreet received some good news this week when he had his felony credit card abuse charges dropped, but his cleared up legal status still did not entice any teams to pull the trigger on selecting him. Simonise reportedly had six teams in attendance for his pro day, but it’s not immediately clear if any of those teams are interested in giving him a roster spot.

Most players who enter the Supplemental Draft are not selected, enabling them to sign with any NFL team. In fact, this marks the third straight year in which supplemental draft day came and went without any selections. Some of the most recent players to be picked have been Isaiah Battle (Rams, 2015), Terrelle Pryor (Raiders, 2011) by the Raiders, and Josh Gordon (Browns, 2012).

One of the prospects in this week’s Supplemental Draft received a bit of good news this week. Texas authorities have dropped the felony credit card abuse charges against Sam Houston State running back Jalen Overstreet, according to Ian Rapoport of NFL.com (on Twitter). 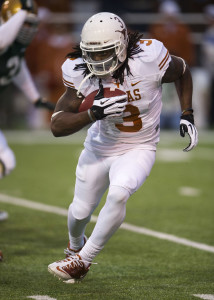 Overstreet, who began his career at the University of Texas before being dismissed in July 2014, was indicted by a Walker County grand jury in May. If convicted, Overstreet could have faced up to two years in state prison. Beyond the alleged credit card scam, Overstreet has had other off-the-field incidents, including a marijuana possession charge and an alleged theft of an iPad. Last season, Overstreet ran for 821 yards and seven touchdowns for his FCS school.

While Overstreet’s stock may be helped by today’s development, another Supplemental Draft prospect may have hurt his stock at a recent audition. Purdue defensive tackle Ra’Zahn Howard was unimpressive in his June 8th workout for NFL teams, Jason Cole of Bleacher Report (on Twitter) hears. One GM told Cole that Howard appeared to be out of shape and is therefore “undraftable.” This news is somewhat surprising as NFL GMs who spoke to Cole just one week ago expected Howard to perhaps be the only player selected in Friday’s draft. Before his poor showing, Cole was hearing that Howard could have gone somewhere between the fifth and seventh-round.

The supplemental draft allows clubs to select players who, for one reason or another, were unable to enter the standard draft. If a team selects a player in the supplementary draft, it will lose its corresponding pick in the following year’s standard draft. For example, if a club were to select a player in the fourth round of the supplemental, it will lose its 2017 fourth-rounder as a result. Most players who enter the Supplemental Draft are not selected, enabling them to sign with any NFL team.

Several NFL players took to social media Friday to post incredulous reactions to the big money thrown around at the outset of NBA free agency, as ESPN.com highlights. Among those who weighed in were Broncos receiver Emmanuel Sanders, Steelers running back DeAngelo Williams and Lions tight end Eric Ebron. One of Sanders’ teammates, safety, T.J. Ward, had perhaps the strongest and most controversial response, referring to the money NFLers are making as “peanuts” compared to NBA and Major League Baseball players. As a result, ESPN’s Jim Trotter (Twitter link) expects the dollars bandied about in the NBA to come up when union meetings with NFL players take place at training camp. The system in the NFL favors the owners, meaning the players don’t have the ability to institute real change, Trotter notes (Twitter link).

To keep up with all the latest from the NBA, bookmark Hoops Rumors and follow HR on Twitter.

Back to the NFL…