After franchise-tagging Leonard Williams, the Giants will add another piece to their defensive line. They agreed to terms with defensive tackle Austin Johnson on Thursday, Dan Duggan of The Athletic tweets. 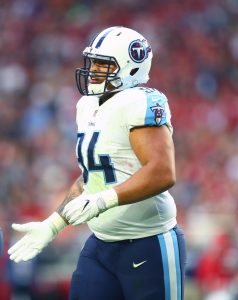 Johnson has spent his entire career with the Titans, who drafted him in the 2016 second round. The Penn State alum worked as a 13-game starter in Tennessee but played in every Titans game from 2017-19.

A clear connection helps explain the signing. One of Johnson’s defensive line coaches with the Nittany Lions is making the move to the NFL; Joe Judge hired Sean Spencer to coach the Giants’ D-line. Johnson played his final two seasons under Spencer with the Big Ten program.

Johnson played 29% of the Titans’ defensive snaps last season and 38% in 2018. The 6-foot-4, 314-pound run-stuffing lineman registered 23 tackles in 2019. He will join a Giants defensive line that is by far their defense’s deepest position. Williams, Dexter Lawrence, Dalvin Tomlinson and B.J. Hill reside up front for the Giants.

Likely set for a rotational role, Johnson will beef up a Giants defense that already ranked seventh in run-defense DVOA last season.