The Browns, led by new front-office decision-makers and a new coaching staff, have begun to make changes to their roster, announcing today in a press release that they’ve released veteran defensive tackle Randy Starks and tight end Jim Dray. 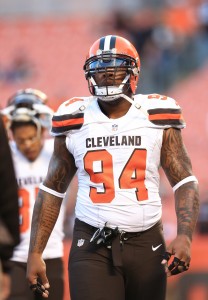 Starks, 32, signed with the Browns last March after spending his previous seven years in Miami, where he earned a pair of Pro Bowl nods. Over the course of his seven seasons with the Dolphins, Starks never recorded fewer than three sacks, but he notched just a single sack in 2015 for the Browns in his 15 games, to go along with 29 tackles.

Pro Football Focus graded Starks as the Browns’ top interior defender, placing him 46th overall out of 123 qualified players. However, Cleveland decided to opt for the cap savings created by releasing Starks, rather than keeping him around for the final year of his contract. By cutting the veteran lineman, the Browns clear $3MM from their cap, and will carry just $625K in dead money.

Dray, meanwhile, was the Browns’ second tight end behind Gary Barnidge during the 2015 season. While Barndige flourished, enjoying a career year and earning a contract extension, Dray was used primarily as a blocker, earning only 16 targets all season. He caught six of them, for 61 yards.

Like Starks, Dray was heading into a contract year, so the Browns will carry minimal dead money ($300K) on their cap this season. Releasing the tight end creates $1.775MM in cap savings for Cleveland.

As vested veterans, both Starks and Dray will immediately become free agents without having to pass through waivers.