The Browns will not pick up the fifth-year option on linebacker Barkevious Mingo, a source tells Ian Rapoport of NFL.com (on Twitter). Mingo is now entering his contract year in Cleveland. 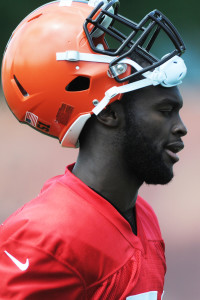 Mingo, an LSU product, was taken with the No. 6 overall pick in the 2013 draft. That draft, of course, was guided by the Browns’ old regime spearheaded by former GM Michael Lombardi and assistant GM Ray Farmer. The new decision-makers would like to see more from Mingo before potentially committing to him for 2017 and beyond.

Mingo, 26 in October, has appeared in 46 games for the Browns across the last three years but started only 16 games. Last season was Mingo’s least impactful campaign to date as he notched only 18 total tackles. This year, Mingo will try to silence critics who have justifiably labeled him as a draft bust.