MONDAY, 10:05am: The Lions have officially exercised Ansah’s option, worth $12.734MM, tweets Ian Rapoport of NFL.com. 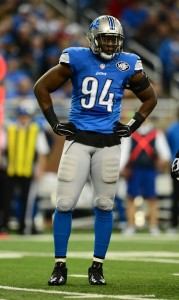 SUNDAY, 10:02am: The Lions are expected to pick up Ziggy Ansah‘s fifth-year option in short order, according to Kyle Meinke of MLive.com. After concluding his first draft as Detroit’s GM Saturday night, Bob Quinn told the media, “I’ll have an update on [Ansah] for you in a few days.”

In March, we learned that an extension was not yet in the works, and nothing appears to have changed on that front. For the time being, the Lions appear content to control their star pass rusher via the fifth-year option in 2017, and, if need be, the franchise tag in 2018.

Of course, neither of those routes are going to be cheap. The fifth-year option for Ansah will cost the Lions nearly $13MM, and the 2017 franchise tag value for defensive ends may top $16MM. And, if Ansah’s career continues at its current trajectory, any long-term contract that the Lions attempt to work out in the future will make a major dent on the team’s books.

When Detroit selected Ansah with the fifth overall pick of the 2013 draft, it knew it was getting a raw player with vast potential waiting to be unlocked. And over his first three years in the league, Ansah has steadily unlocked that potential, exploding for 14.5 sacks in 2015 to go along with his first Pro Bowl nod (he also graded out as the 27th-best edge defender out of 110 qualified players per Pro Football Focus’ advanced metrics). As Joel Corry of CBSSports.com observed last month, when Ansah and the Lions begin to discuss a new contract, Olivier Vernon‘s five-year, $85MM deal with the Giants containing $52.5MM in guarantees will be an important benchmark.

Michael Rothstein of ESPN.com writes that, when the Lions exercise Ansah’s fifth-year option, the two sides may begin preliminary conversations about a long-term deal. The team has until Tuesday, May 3, to exercise the option, a process you can read all about right here.

Now let’s check out a a couple more notes on the Lions: