The Saints announced that they have placed cornerback Kyle Wilson on injured reserve, ending his season before it could even begin. The nature of the injury is not yet known. In a related move, the team has signed defensive tackle C.J. Wilson. 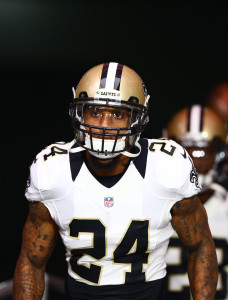 Kyle Wilson, a former first-round pick, spent the first five seasons of his NFL career with the Jets before heading to New Orleans for the 2015 season. While he didn’t live up to expectations in the Big Apple, Wilson played well as the Saints’ third cornerback last season, picking up 27 tackles and an interception. Pro Football Focus ranked him 47th out of 111 qualified players at the position. In March, the Saints re-signed him to a one-year, minimum salary deal.

As the Saints’ depth chart on Roster Resource shows, New Orleans doesn’t have much in the way of depth at cornerback. Aside from Wilson, the Saints will draw from a group of Delvin Breaux, P.J. Williams, Brian Dixon, Damian Swann, Keenan Lewis, Brandon Dixon, and Tony Carter. Of course, not all of those players will make the 53-man roster.

C.J. Wilson, meanwhile, is a 29-year-old defensive lineman with 78 career games under his belt, with most of that time coming as a rotational option with Packers from 2010-2013. He played in 12 contests in 2016 (eight with the Lions, four with the Raiders), and picked up nine total tackles to go along with one sack.