Darius Slay and the Lions have agreed to a four-year extension worth $50.2MM with $23MM fully guaranteed at signing, a source tells Adam Schefter of ESPN.com (on Twitter). 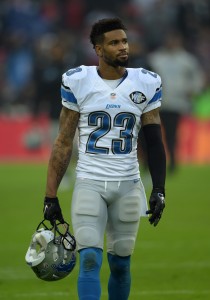 Slay is coming off his second straight 16-start, two-interception season, one in which Pro Football Focus (subscription required) ranked him as the second-best cornerback in the NFL. As a result of his on-field excellence, Slay – who was slated to enter his contract year – pushed to be paid like one of the league’s top seven corners on his next deal.

Slay’s old deal would have paid him just under $1MM in 2016 before potentially hitting the open market. The new deal will give Slay a major pay hike starting in 2017.

Being paid like a top-seven corner means getting roughly $14MM per year in salary and nearly $7.3MM in annual guarantees. Prices for high-end corners have continued rising since last season, with the likes of Josh Norman and Janoris Jenkins scoring massive contracts in free agency. Slay’s new deal gives him $12.55MM annually with a true guarantee payout of $5.75MM per year. When more details come out about the pact, we’ll find out if Slay cracked the top seven.

In assessing his own performance recently, the 2013 second-round pick from Mississippi State sized himself up against the league’s best corners:

“Right now I’ll say top seven, just cause as long as (Darrelle) Revis is in the game, he’s going to be the best corner to me. (Richard) Sherman’s the best, 24 picks in three years, nobody ain’t do that. Pat P (Peterson) of course. I love Chris Harris’ game. (Aqib) Talib. Joe Haden. I feel like them are the real elite, elite, elite guys, so I feel like I’m an elite guy, but I feel like I got to keep working to get to their level because they’re elite.”