The Patriots will release center Bryan Stork today, according to Ian Rapoport of NFL.com (on Twitter). 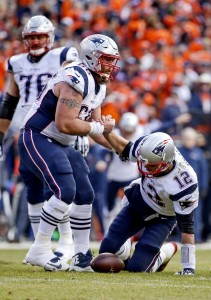 Stork, 25 (26 in November), emerged as the Patriots’ starting center just four weeks into his rookie season in 2014, and finished the year there. Pro Football Focus’ grades suggested that Stork’s performance was somewhat up and down, but most of his worst performances came during the first half of the season. In 2015, Stork suffered a concussion which limited him to just eight games.

This year, Stork was expected to serve as a backup to David Andrews at center while also potentially contributing at tackle if needed. However, his release doesn’t come as a huge surprise since there was word that the team preferred the consistency of Josh Kline and Ted Karras. Stork will now try to hook on with another team before the start of the season.