Steelers To Pass On Keenan Lewis?

On Wednesday, Keenan Lewis visited the Steelers and even took a tour through their locker room. Still, it doesn’t sound like we should expect Pittsburgh to sign the veteran cornerback. The Steelers did not like what they saw with regards to Lewis’ hip, Gerry Dulac of the Pittsburgh Post-Gazette tweets. Lewis’ troublesome hip limited him to just six games in 2015. 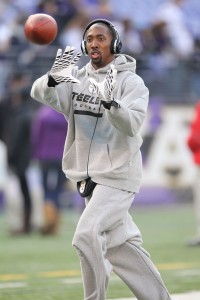 This week, a former teammate told one reporter that Lewis is still recovering from his hip injury and needs another six weeks before he can play football again. Apparently, Steelers coaches and medical personnel arrived at the same conclusion.

While the Steelers apparently have some reservations about inking Lewis, other clubs may be willing to sign him and give him the necessary time to get back to full health. In addition to the Steelers, the Lions, Jets, Cardinals, and an unidentified NFC South team have expressed interest in Lewis.