The Dolphins have claimed cornerback Bene Benwikere off waivers from the Panthers, according to Tom Pelissero of USA Today (on Twitter). Benwikere was a surprise cut by Carolina earlier this week. 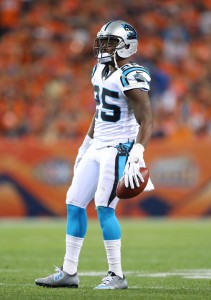 A starting cornerback for Carolina this year, the team decided to part ways with “Big Play Bene” after Julio Jones exploded for a 300-yard game with 228 of those yards coming against the young corner. After the game, Benwikere admitted to reporters that he was gassed and that may have played a role in his release. The Panthers were expected to shake things up in the secondary, but few expected them to drop one of their top cornerbacks. Once he was cut, however, it was expected that Benwikere would be claimed on waivers.

The 1-4 Dolphins had a high waiver priority and they took advantage of it this week to grab the 25-year-old. Given Xavien Howard‘s knee injury and Byron Maxwell‘s shortcomings, Benwikere makes a lot of sense for Miami.