The Packers have claimed running back Christine Michael off waivers, according to Mike Garafolo of NFL.com (on Twitter). Michael was dropped by the Seahawks yesterday, much to the surprise of the football world. 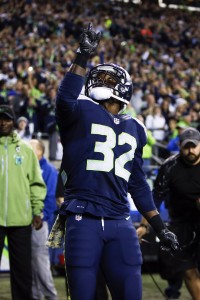 Reportedly, the decision to cut Michael was purely made for football reasons. The Seahawks have Thomas Rawls returning and wanted to use him and C.J. Prosise as the top two backs. Still, one has to wonder why there wasn’t a place behind them for C-Mike, rather than rookie Alex Collins and newly-promoted running back Troymaine Pope.

The Packers lost their top two running backs around the same time this year when Eddie Lacy and James Starks went down. Starks is now back in limited action, but it’s not clear when or if Lacy will return this season. The Packers found an unlikely stopgap in wide receiver/running back Ty Montgomery, but he didn’t see a ton of action against the Titans this past weekend. Knile Davis also had a cup of coffee in Green Bay that ended after just five carries for five yards. Now, Michael enters the mix and the Packers will see if he can contribute to the mix.

Michael averaged 4.0 yards per carry for the first half of the season in Seattle.