Yoink. The Saints have plucked linebacker Travis Feeney off of the Steelers’ practice squad, according to Ian Rapoport of NFL.com (on Twitter). The deal will be finalized upon completion of a physical exam. 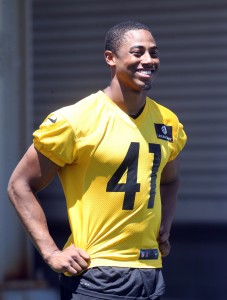 The linebacker exploded as a senior at Washington, tallying career highs in tackles for a loss (17.5), sacks (8.0), and forced fumbles (3) to go along with 56 total tackles. In the spring, the Steelers selected him in the sixth-round. Feeney just missed the Steelers’ 53-man cut in September, but he signed on with the practice squad soon after. After patiently waiting to see NFL action in Pittsburgh, he’ll instead get his chance with the Saints, a team that was eyeing him heading into the draft.

Feeney is expected to provide depth and special teams help for New Orleans. If active, he may make his NFL debut against the Bucs on Sunday.