The Bills will interview Seahawks defensive coordinator Kris Richard for their open head coaching position tonight, reports Peter Schrager of NFL.com (Twitter link), who adds that Buffalo’s decision-makers are currently on their way to Seattle. Adam Schefter of ESPN.com reported earlier today (Twitter link) that the Bills were likely to meet with Richard as soon as today. As PFR’s Head Coaching Search Tracker shows, Richard is part of a long list of candidates for Buffalo’s top job. 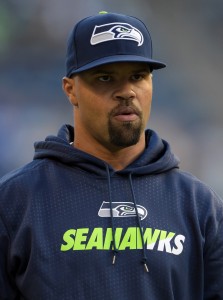 One of those candidates, Anthony Lynn, who has been considered the Bills’ first choice, might not even want the job, as we learned last week. But according to Ian Rapoport of NFL.com (Twitter link), Bills ownership apologized to Lynn for telling him to bench quarterback Tyrod Taylor in Week 17. Lynn likes Taylor, so perhaps the apology was issued as an attempt to smooth over a source of resentment for Lynn and to convince him to stay in Buffalo (although the Bills, of course, do intend to move on from Taylor if they can).

But Schefter reports that whoever the new head coach is, he will have more power within the organization. Although ownership is apparently a fan of general manager Doug Whaley, the fact remains that the Bills’ next head coach will be the third during Whaley’s tenure, and his stint as GM has not been a successful one. So while Whaley will keep his job for at least one more season, he apparently will not have as much autonomy with respect to roster construction as he has enjoyed in the past.