The Colts are signing former Patriots linebacker Jabaal Sheard, sources tell Field Yates and Adam Schefter of ESPN.com (on Twitter). It’s a three-year, $25.5MM deal with $12.75MM guaranteed, according to Ian Rapoport of NFL.com (on Twitter). 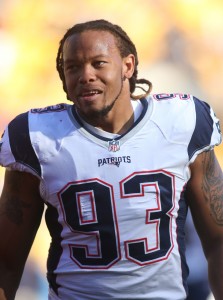 The Colts needed a front seven player like Sheard. Now, he’s projected to start at one bookend with Henry Anderson on the other side. Hassan Ridgeway, Arthur Jones, and Kristjan Sokoli are there in reserve, but one of those last two players could wind up displaced from the roster. The Colts finished with only 33 sacks last season, and the defensive line allowed 1,926 rushing yards (eighth-most in NFL).

The Dolphins were also linked to Sheard, but they probably lost interest after acquiring William Hayes in a trade with the Rams on Thursday. We didn’t hear much about a Patriots reunion for him. Towards the end of the season, the feeling was that Sheard would not be back in New England.

Despite getting benched midway through the season, the defensive end still had a productive year for the Patriots in 2016. The 27-year-old finished the campaign with 33 tackles and five sacks, adding on to the eight sacks he collected with New England in 2015.