Safety T.J. McDonald has found a new home. Luckily for him, his new destination will also feature palm trees. The Dolphins have agreed to terms with McDonald, James Walker of ESPN.com tweets. It’s a one-year deal for the minimum salary, Armando Salguero of The Miami Herald tweets. The team has confirmed the move via press release. 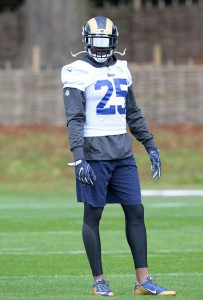 As we learned this week, McDonald will have to serve an eight-game suspension stemming from last year’s DUI arrest. It’s not an ideal situation, but Miami probably feels that the former Rams safety can be an impact player in the second half of the season. There’s something to be said for a player having fresh legs late in the season and the deal is an undeniable bargain. Heading into free agency, I had McDonald ranked as a top 50 player based on projected earnings. Now, the Dolphins have added the four-year starter for next to nothing.

The Fins really view the pact as a “one-day contract,” because if he steps out of line one day, he’s gone (Twitter link via Salguero). Salguero adds that McDonald picked the Dolphins because they provided him with an opportunity to start fresh away from the west coast (Twitter link).

The Dolphins project to start Reshad Jones at strong safety with free agent pickup Nate Allen at free safety. In November, McDonald will work try to work his way into the rotation.

McDonald was ranked as our No. 1 safety remaining in free agency. Last year, McDonald had 62 total tackles, two interceptions, one sack, and six passes defensed. He graded out as as Pro Football Focus’ No. 58 safety.