The Titans are releasing cornerback Jason McCourty, a source tells Ian Rapoport of NFL.com (on Twitter). McCourty was the team’s longest tenured player, but he’ll now have to seek work elsewhere. The Titans wanted to redo McCourty’s deal, but the two sides couldn’t agree on terms, a source tells Tom Pelissero of USA Today (on Twitter). 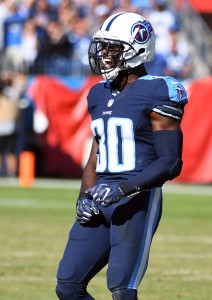 There was no real buildup for the move, so McCourty’s release comes as a pretty big surprise. In the past, the Patriots inquired on McCourty, but it didn’t seem like a trade was close to happening. Now that he’s a free agent, one has to wonder if New England will get into the mix in an effort to reunite him with twin brother Devin McCourty.

Jason McCourty, selected in the sixth round of the 2009 draft by the Titans, appeared in 108 games for the team, including 90 starts. The 29-year-old (30 in October) has long been regarded as a quality talent, but he turned in a so-so year in 2016. That came after a 2015 season in which he missed all but four games due to injury. All things considered, the Titans apparently were unwilling to keep McCourty at a $7MM cap number for the coming season. There will be no dead money left over since there was no guaranteed cash remaining on the deal.

In 2016, Pro Football Focus ranked McCourty as the 55th ranked cornerback in the NFL out of 111 qualified players. In his best years (2010-2013), McCourty was ranked comfortably within the top 30, framing him as a starting caliber corner.

The Titans own the No. 5 overall pick in the draft and they could target a top corner like Marshon Lattimore, Gareon Conley, or Marlon Humphrey.