The Cowboys have agreed to terms with third-round cornerback Jourdan Lewis, and as such, wrapped up their 2017 draft class, according to Todd Archer of ESPN.com. 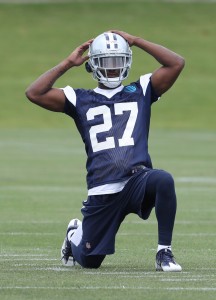 Lewis, a Michigan product, was the No. 92 overall selection earlier this year, and was one of three cornerbacks drafted by the Cowboys in 2017. Dallas lost several members of its secondary, including starting corners Brandon Carr and Morris Claiborne, to free agency, so Lewis should be able to garner playing time immediately. Per Archer, Lewis will start out seeing action in sub packages.

Here’s an overview of the Cowboys’ draft class: