The Jets have agreed to a contract with their first-round pick, safety Jamal Adams, tweets Jeremy Fowler of ESPN.com. As the sixth overall selection, Adams will land a four-year deal worth approximately $22.25MM, including a $14.3MM-plus signing bonus. 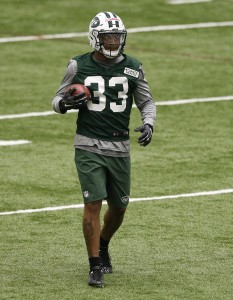 Adams was a three-year starter at LSU, where he posted a career-best 76 tackles last season en route to second-team All-America honors. The year before, Adams racked up a personal-high four interceptions. The hard-hitting 214-pounder is a “natural-born leader of men,” according to NFL.com’s Lance Zierlein, who likens him to former Cowboys star Darren Woodson. Adams, along with second-round safety Marcus Maye, will now take control of the back end of a Jets defense that has cut ties with veteran DBs Marcus Gilchrist, Calvin Pryor and Darrelle Revis in recent months.