It sounds like Cliff Avril’s season might be over. Coach Pete Carroll says the defensive end will be placed on injured reserve (Twitter link via SiriusXM). Avril is said to be considering retirement, so this sounds like the season-ending variety of IR rather than an eight-week stint. 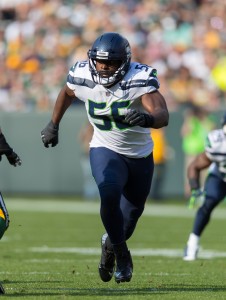 Avril was initially said to be dealing with a “serious stinger,” but the problem goes much further than that. The 31-year-old experienced numbness in his arm, a sign that he could be have a much more serious problem.

Avril appeared in 63 of 64 games for the Seahawks from 2013-16 and racked up 33.5 sacks during that time. Losing him will be a tough blow for Seattle, particularly given the lackluster play they’ve gotten out of the defensive line so far this year. At the same time, Avril has not been playing up to his usual level. He has actually been among the league’s worst edge defenders (among those with enough snaps to qualify), per Pro Football Focus.