As the Vikings bring Sheldon Richardson in for a visit on Thursday, a price range may be forming. 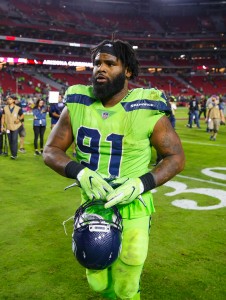 Richardson may be eyeing a deal in the $11-$15MM-per-year range, Mike Garafolo of NFL.com tweets.

While Garafolo was quoted as saying during an NFL Network appearance (Twitter link) that the Seahawks have offered Richardson $11MM per year, they have not made any proposals just yet.

Considering Richardson’s status as a top-tier free agent, he appears set to try and place himself on that top tier. The former defensive rookie of the year has been a 3-4 defensive end for most of his career, but the 27-year-old talent — who has encountered legal trouble — at his best is one of the top interior defenders in the game.