The Jaguars re-signed safety Jarrod Wilson to a three-year contract, according to a team announcement. Wilson was set to become a free agent this offseason, but the new deal will keep him under club control through the 2021 season. 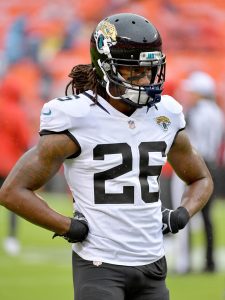 Wilson first joined the Jags as an undrafted free agent in 2016. Since then, he has appeared in 47 games for Jacksonville, including two starts. The soon-to-be 25-year-old had 21 tackles, two pass deflections, and a forced fumble in 2018, all of which were career watermarks.

Wilson briefly got in hot water in October when he and three other Jaguars defensive backs were detained in London over an unpaid $64K bar tab. As it turns out, expensive bottles of alcohol were being sent to the players’ table and they believed someone else was paying for them. Cops spoke with Barry Church, D.J. Hayden, Ronnie Harrison, and Wilson, but no charges were filed.