The Giants will add a possible right tackle solution. Following two visits this offseason, Remmers intends to sign with the Giants, according to his agent (Twitter link). 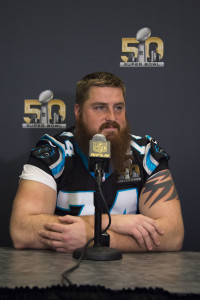 Remmers’ agent, Brett Tessler, indeed confirmed the Giants are signing Remmers with the intent of using him as a right tackle. The Vikings initially stationed Remmers at that spot, during part of their 2017 NFC championship game-qualifying season, but played him exclusively at right guard last season. A former Dave Gettleman addition in Carolina, Remmers will attempt to resurface as a steady right tackle option in New York.

After trading for Kevin Zeitler, the Giants were linked for several weeks to veteran right tackles. They had trouble staffing that position last season, moving from failed first-round pick Ereck Flowers to former UDFA Chad Wheeler. Gettleman has voiced a continued desire to upgrade the Giants’ offensive front, and after 2018 brought Nate Solder and Will Hernandez into the fold, Big Blue now has two more veterans — in Zeitler and Remmers — in its projected lineup.

Remmers, 30, did not grade especially well on an embattled Vikings front last season — which preceded a Vikings release. But he started 16 games and has proven durable since becoming a full-timer in 2015. He manned Minnesota’s right edge to start 2017 but was moved inside during the season. Remembered for his struggles against Von Miller in Super Bowl 50, Remmers nonetheless will bring 59 games’ worth of starting experience to the Giants’ O-line.

While some of Gettleman’s personnel moves have been hotly debated, the Giants undoubtedly feature a much better offensive line compared to when the 67-year-old GM took over.