The Lions will make a major change along their offensive line. They are releasing veteran right tackle Ricky Wagner. 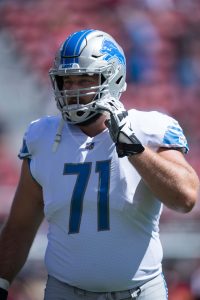 Wagner spent three seasons in this role with Detroit, but his release will provide the Lions with $6.1MM in cap space. Going into his eighth season, Wagner was set to make $9MM. Two years remained on Wagner’s Detroit deal.

Detroit signed Wagner to a five-year, $47.5MM deal in 2017. He started all 40 games in which he appeared and, over the first two years of the contract, produced a positive Pro Football Focus review. This past season, however, the 30-year-old blocker graded as PFF’s No. 61 overall tackle. This will mean the Lions are set to lose two starters from their past three O-lines, with guard Graham Glasgow on track to be a coveted free agent.

With this move, the Lions will move back north of $50MM in cap space. They stand to possess at least $53MM, though other cuts could surely follow the Wagner decision. Wagner now heads to a marketplace that will feature a few newly available tackles, including Jason Peters, Trent Williams and Cordy Glenn.