The trade request Jamal Adams submitted may not be entirely a financial matter. Adam Gase serves as a “major factor” in the All-Pro safety’s desire to leave the Jets, according to Manish Mehta of the New York Daily News (on Twitter). 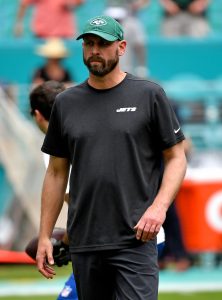 Although Gase was hired just last year, he loomed briefly as a hot-seat occupant after the Jets’ poor start. While Gang Green decided to keep him, with Gase ally Joe Douglas having been hired as GM, this has not been a smooth ride. Other Jets have taken issue with the team’s new head coach, Mehta tweets.

A lack of trust and a skepticism toward his leadership ability reside at the root of certain Jets’ problems with their head coach, Mehta adds. Adams no longer wishes to be part of a Jets turnaround and seeks a team with a more stable leadership structure compared to what the Jets have in place, per Mehta.

Reports of friction between Gase and former Jets GM Mike Maccagnan spawned quickly after the franchise paired the two, and an icy draft followed with minimal Gase input. The second-year Jets HC also took issue with the team’s Le’Veon Bell signing and was believed to frequently voice his frustrations about the running back during the season.

This marks the first report linking Gase to Adams’ desire to be traded, but it adds another layer to a quickly developing saga. The Jets have not responded to Adams’ trade request and have leverage because of the defender’s contract running through 2021. Adams took issue with Douglas listening to offers for him last year, and the then-third-year safety said he’d voiced a desire to be a long-term Jet with both Gase and Douglas before those trade talks surfaced. Issues with Jets management continue eight months later.