After moving on from three players yesterday, the Panthers are continuing to open up cap space. ESPN’s Field Yates reports (via Twitter) that the team has reworked center Matt Paradis‘s contract. Specifically, the team converted $7.04MM of the veteran’s $8.03MM base salary into a signing bonus, opening up $4.69MM in cap space. 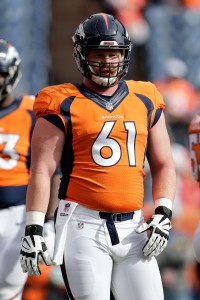 Following a five-year stint with the Broncos (including a 2015 campaign where he started all 16 games for the eventual Super Bowl champions), Paradis joined the Panthers on a three-year, $27MM contract in 2019. He’s started all 32 of the Panthers’ games since joining the organization, and he appeared in 100 percent of his team’s offensive snaps in 2020.

The Panthers made a handful of financial moves this week. On Tuesday, the team released defensive tackle Kawann Short, saving the team $8.6MM in space. Then yesterday, we learned the team was planning to cut safety Tre Boston ($3.5MM in savings), punter Michael Palardy ($1.9MM), and defensive end Stephen Weatherly ($5.9MM).

Carolina is now rolling with an estimated $31MM in cap space, and these recent moves have saved the team more than $24MM in space. As Michael David Smith of ProFootballTalk.com observes, that would be more than enough extra money to slide someone like, say, Deshaun Watson onto the roster. We learned earlier this week that the Panthers were planning on making a run at the Texans quarterback.