Three years ago today, the Colts wrapped up one of the strangest sagas in league history. Earlier in the offseason, the Colts agreed to hire Patriots offensive coordinator Josh McDaniels as their new head coach. Then, soon after they announced McDaniels’ arrival, he left them at the altar. 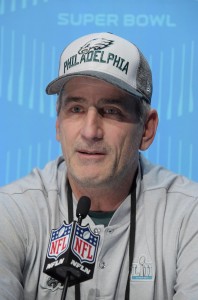 The Colts were forced to restart their head coaching search in a hurry. Saints tight ends coach Dan Campbell and Bills defensive coordinator Leslie Frazier were among those considered in the second act, but general manager Chris Ballard ultimately chose Frank Reich, the Eagles offensive coordinator who helped guide the franchise to its first ever Super Bowl championship. Reich had previously interviewed for the Bills’ and Jets’ head coaching vacancies in 2015, but went a few years without HC buzz.

It wasn’t an ideal situation, but the Colts felt that Reich could help them salvage things. In addition to the SB ring on his resume, Reich’s offense had just placed third in scoring, seventh in total yards, and eighth in DVOA. Not bad for a last minute scramble.

Under Reich’s watch, the Colts have reached the playoffs twice in three years. His 11-5 record in 2020 was his best to date, though they were stopped by the Bills in the opening round. Reich will now look to build on that with yet another quarterback running his offense — and it just might be old pal Carson Wentz.