Father Time is undefeated, but Matt Ryan is undeterred. On Tuesday, the Falcons’ quarterback told reporters that he has no plans of slowing down or calling it quits as he enters his age-36 season. 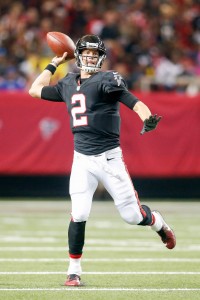 [RELATED: Falcons “Have To Listen” To Julio Jones Offers]

“If you play well long enough you know these things come up,” Ryan said of the speculation regarding his job security (Twitter link via Tori McElhaney of The Athletic). “I still believe I am playing really well and have a lot of good football in front of me.”

Many believed that the Falcons would select Ryan’s eventual replacement at No. 4 overall. Instead, they invested in Ryan’s offense by drafting Florida tight end Kyle Pitts. For Ryan, it was a clear vote of confidence. Now, the veteran will wait to see if longtime partner Julio Jones will remain by his side.

“He’s probably impacted my career more significantly than any other player,” said the QB (Twitter link via ESPN.com’s Michael Rothstein).

Pitts, Calvin Ridley, and Hayden Hurst would still stand as capable targets, but no one has a track record to match Jones. Since 2011, Jones has racked up seven Pro Bowl nods with 848 catches, 12,896 yards, and 60 career touchdowns.

While Ryan can’t imagine the Falcons without Jones, new GM Terry Fontenot says they “have to listen” to offers for him.