The Saints have locked up Marshon Lattimore. On Sunday, the Pro Bowl cornerback agreed to a five-year, $97.6MM extension including $44MM in full guarantees and $68.3MM in overall guarantees. Plus, through incentives, Lattimore can earn up to $100MM over the course of the contract. 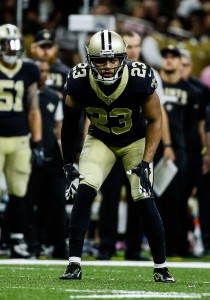 With the new deal in hand, Lattimore has secured the most guaranteed cash of any cornerback or safety in NFL history. He was initially set to play out his fifth-year option — worth $10.2MM — before approaching free agency in the spring of 2022.

The 2017 first-round pick has started all 57 of his games as a pro, missing only seven possible contests on the whole. Meanwhile, he’s notched three Pro Bowl selections in four NFL seasons. That includes his debut year, when he earned Defensive Rookie of the Year honors.

Still, the Saints recognize his value and had no interest in letting him get away. Now, after helping the team to rank No. 5 in 2020 pass defense, he’s locked in for years to come.