The Bears have restructured Robert Quinn’s contract (Twitter link via NFL.com’s Ian Rapoport). The edge rusher will see a portion of his base salary converted into a signing bonus, creating an additional $3.5MM in cap room. 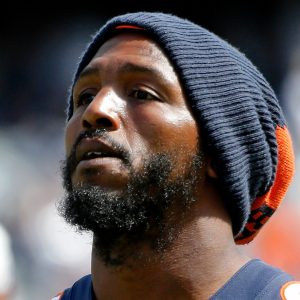 Quinn came to the Bears in 2020 via free agency, inking a five-year, $70MM deal to help revamp their pass rush. He was the comeback kid in 2019, notching 11.5 sacks for the Cowboys. It was a throwback to his stellar work with the Rams, which included a Pro Bowl appearance in 2014.

Last year, Quinn totaled just two sacks while playing mostly from the right outside linebacker spot. This year it’s a different story — he’s got 4.5 sacks and a forced fumble through five games.

This won’t change much on Quinn’s end. He’s still signed through 2024 and still earning an average of $14MM per year on his deal. Meanwhile, the Bears are effectively kicking the can down the road. Quinn was initially set to carry a $16MM cap hit in 2022 — that number will rise to ~$19.5MM following today’s adjustment.