The Jaguars have released Josh Lambo. The kicking job now belongs to Matthew Wright, who sank two 50+ yard field goals to top the Dolphins on Sunday. 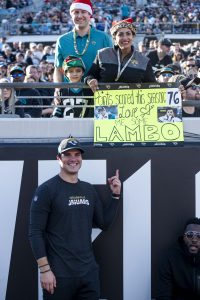 Previously, Lambo was set to play out his four-year, $15MM deal, which would have run through 2022. The early termination will leave the Jaguars with a few million in dead money but may help them avoid finishing in the league’s cellar for a second straight year.

The Jaguars are now one of three one-win teams in the NFL, alongside the Texans, Dolphins, and Giants. They’ll aim for their first winning streak on Halloween when they face the Seahawks in Seattle.