Daryl Worley had a rough game on Sunday against the Rams, and the performance likely contributed to him losing his job today. The Lions have released the veteran cornerback, reports Dave Birkett of the Detroit Free Press (via Twitter). 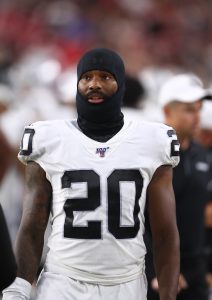 Worley got burned on a 59-yard pass from Matthew Stafford to Cooper Kupp at the end of the third quarter, and he gave up the subsequent touchdown (from Stafford to Kupp) that proved to be the game-winning score.

The 26-year-old joined Detroit’s practice squad back in September, and he ended up appearing in three games for the Lions, collecting two tackles. Worley saw time on 17 defensive snaps this past weekend. There’s still a chance the cornerback lands back on Detroit’s practice squad, but in that case, his performance on Sunday likely buried him deeper on the depth chart.

Worley has spent time with a number of teams since being selected in the third round of the 2016 draft. Since spending his first two seasons with the Panthers, the defensive back has had stints with the Eagles, Raiders, Cowboys, Bills, Raiders (again), Cardinals, and Lions. He started 15 games for the Raiders in 2019, and he started five of his 10 appearances in 2020 while playing for Dallas, Buffalo, and Las Vegas.